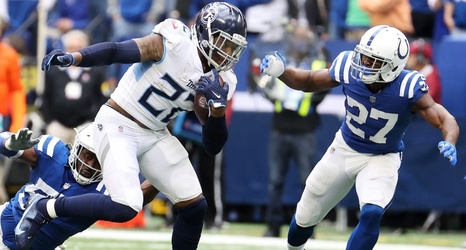 Sorry Derrick Henry, but Jonathan Taylor is now the NFL's best running back.

After a relatively slow start to his sophomore season, the Indianapolis Colts star has found his footing in recent weeks and has become one of the league's unstoppable forces.

The 22-year-old had a strong rookie season—he amassed 1,169 yards and 11 touchdowns on the ground plus 36 catches for 299 yards and a score—but he's enjoying a true breakout campaign in 2021.

Taylor now leads the league in rushing yards and touchdowns on the season. He's racked up an incredible 1,122 yards and 13 scores on only 193 carries while adding an additional 322 yards and two scores on 32 receptions.