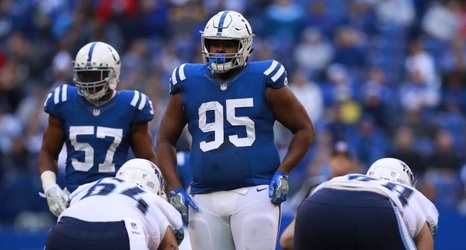 This time last year, Hankins signed a three-year, $30 million contract with the Indianapolis Colts. Despite the fact he played relatively well during the 2017 season, the Colts released the 25-year-old.

Pro Football Talk's Mike Florio noted Indianapolis cut the defensive tackle a day before he was set to collect $4.5 million guaranteed of his $8 million salary in 2018.

Indy Sports Central's Mike Chappell added the Colts weren't absorbing any dead money as a result of the move and thus saved $8 million against the salary cap.