John Elway on Russell Wilson Trade to Broncos: 'He Was The Piece We Needed' 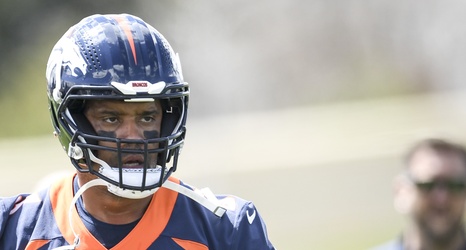 The Denver Broncos are expecting to make a major jump in the 2022 season after the offseason acquisition of star quarterback Russell Wilson.

Broncos legend and president of football operations John Elway told Mike Klis of 9News that he believes Wilson gives the team exactly what it was missing to be a playoff contender.

"He was the piece we needed," Elway said. "We had a good football team around him and I think George [Paton] did a tremendous job of putting that deal together and getting him here. It's great to see the fan base energized again.