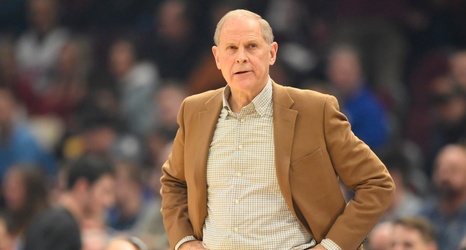 Cavaliers coach John Beilein left his players "stunned" after he said they were no longer playing like "a bunch of thugs" in a film session on Wednesday, ESPN's Adrian Wojnarowki reports.

Beilein reportedly did not know he used the phrase until Cleveland general manager Koby Altman reached out to him later that day. Once he was informed, Beilein started contacting his players individually to explain he meant to say "slugs" during the film session.

"I didn't realize that I had said the word 'thugs,' but my staff told me later I did and so I must have said it," Beilein said to ESPN.