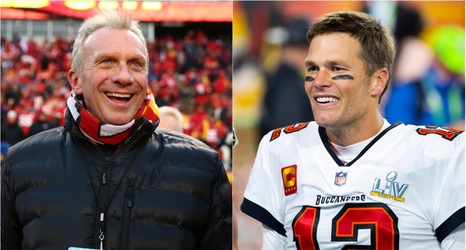 Tom Brady won his NFL-record seventh Super Bowl in February, adding further fuel to his claim as the greatest quarterback in NFL history.

But according to Joe Montana, another all-time great, the GOAT debate has already been settled.

“I think Tom has, you know, taken his place on the top up there a long time ago,” Montana said on ESPN. “He’s had a tremendous career, is fun to watch. ...Everybody always contests over that, but I think if you look at what Tom has been able to accomplish in his time that he’s played, I think it puts him definitely up there in the top of the list.