Joe Maddon Reflects on End of Cubs' Tenure: 'They Wanted to Change Everything' 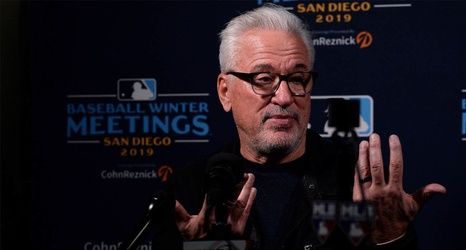 For the first time since 2014, Joe Maddon is headed to Spring Training as the manager of a team not named the Chicago Cubs. But that didn't stop the now-Los Angeles Angels skipper from reflecting on the end of his tenure in Chicago.

"Philosophically, Theo needed to do what he needed to do separately," Maddon told ESPN's Alden Gonzalez. "At some point, I began to interfere with his train of thought a little bit. And it's not that I'm hardheaded. I'm inclusive. But when I started there—'15, '16, '17— it was pretty much my methods. And then all of a sudden, after '18 going into '19, they wanted to change everything.