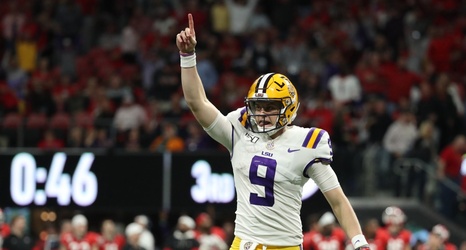 No. 2 LSU beat No. 4 Georgia 37–10 to win the SEC championship title at Mercedes-Benz Stadium and make its case for the No. 1 spot in the playoff rankings on Saturday night.

Tigers quarterback Joe Burrow put on quite a show to make his final statement before next week's Heisman Trophy ceremony in New York. Burrow, the Heisman frontrunner, quickly got to work by setting an SEC single-season record with his 45th touchdown pass. Missouri QB Drew Lock set the previous record (44) in 2017.

With Burrow's pass to Ja'Marr Chase, LSU took an early 7–0 lead over Georgia with 9:09 remaining in the first quarter and remained dominant throughout the game.