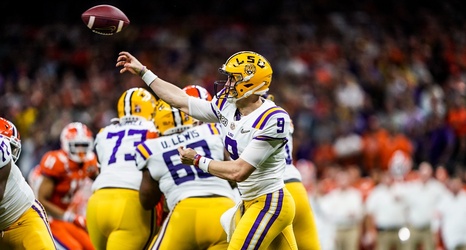 It wasn't long after Joe Burrow and his LSU teammates won Monday's national championship over Clemson that Burrow and countless other LSU Tigers were seen enjoying their victory cigars.

Burrow thew for 463 yards and five touchdowns and ran for another score, as LSU over overcame its first double-digit deficit of the season. In the process, the school claimed its first national title since 2007.