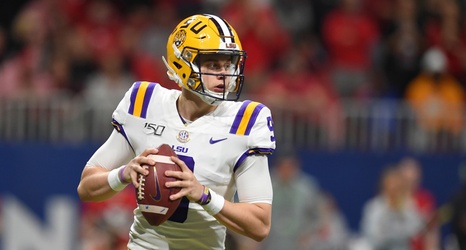 Burrow has been the frontrunner to win the award for most of the year while leading LSU to an undefeated season (13–0). He tallied 4,715 yards with 48 touchdowns with the highest pass completion percentage in the nation (77.9). The senior shattered single-season school records for passing touchdowns (41) and yards (4,014) while throwing just six interceptions.