Jimmy Garoppolo 'Just Trying to Get' Healthy for 'the Next Situation,' Says 49ers HC 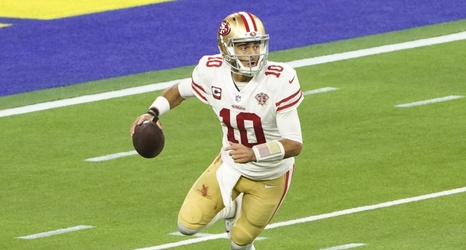 Garoppolo has been cleared for football activities after undergoing surgery in March, but the Niners decided to move forward with 2021 first-round pick Trey Lance as the new leader of their offense.

In turn, Shanahan explained the team's former starter didn't desire full involvement in the 49ers' preseason preparations, which is why he's been practicing off to the side.

"We made it the best for both," Shanahan told reporters.