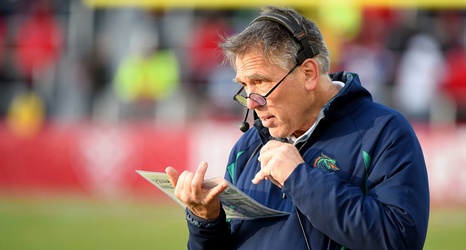 One of the more intriguing aspects of the XFL—which doesn’t stand a chance of coming to the NFL—is how fans are given access to coaches’ play calls in real time. When a coach gives a play to a quarterback, that audio is fed through to the broadcast so you can hear that the offensive team is about to run “odd wiz, Z poster” or something. It’s unintelligible nonsense to most viewers but a good color commentator will translate it into English. And if you’ve played enough Madden to recognize a few of the terms, it makes you feel like a genius.