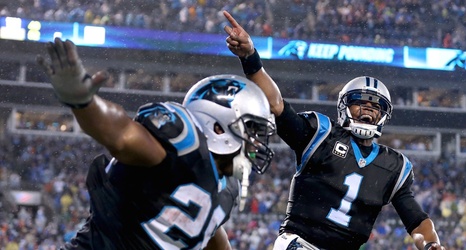 On Saturday, he opened his CBS third round coverage the same way he has for every sporting event in the last two decades by saying that famous phrase.

Nantz went onto Joe Buck and Michael Collins’ PGA coverage on ESPN2 ahead of his own announcing job on Saturday to explain where the origin of his “Hello Friends” tradition began.

The 63-year-old broadcaster said he used to write letters to famous sports journalists back in his 20s, including to Buck’s father Jack, and one of those letters led him to play a round of golf with Jim McKay, longtime host of ABC’s Wide World of Sports.