Jim Crockett Jr. Reminisces About His Battles With Vince McMahon 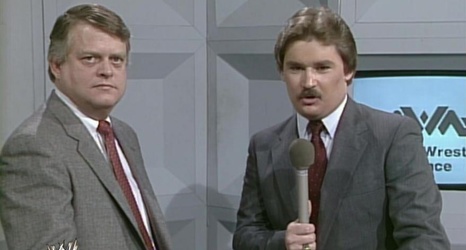 Long before AEW, or even WCW, there was Jim Crockett Promotions competing against WWE for supremacy in the world of professional wrestling.

Led by Jim Crockett Jr., who took over the family business after his father passed away in 1973, JCP presented the most complete wrestling product in the 1980s until it was sold to Ted Turner in 1988.

Crockett also served three terms as president of the NWA, the governing body of pro wrestling, while battling Vince McMahon’s World Wrestling Federation in pursuit of becoming wrestling’s signature promotion across the nation.

Crockett and his brother David are part of this weekend’s Starrcast event in Baltimore, Maryland.