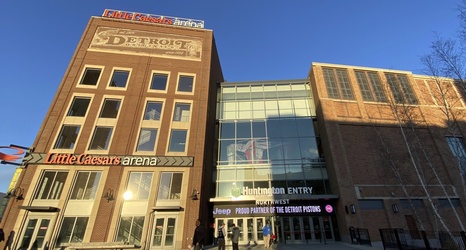 A camera operator who filmed inside the Utah Jazz locker room following a March 7 game against the Detroit Pistons at Little Caesars Arena is in a medically induced coma after testing positive for the coronavirus, according to Yahoo Sports' Dan Wetzel and Vincent Goodwill.

The man was not identified due to medical privacy concerns. He is 50 years old and served as part of several NBA broadcasts for local news. A close friend told Yahoo that the man started feeling ill about a week after the game and was taken to the hospital on March 18 when his symptoms worsened.