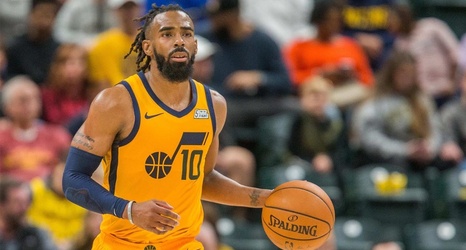 Things went from bad to worse for the Utah Jazz on Monday night as major free-agent acquisition Mike Conley exited against the Philadelphia 76ers with left hamstring tightness and was ruled out.

Conley left the game for the final time with just over six minutes to go in the third quarter as the Jazz were down 73-50. Utah trailed by a significant margin for the second time in as many games, having lost Sunday against the Raptors 130-110.

Conley was 3-of-9 from the field with seven points, six rebounds and two assists before exiting.

The Ohio State product joined Utah this offseason after playing the first dozen seasons of his NBA career with the Grizzlies.