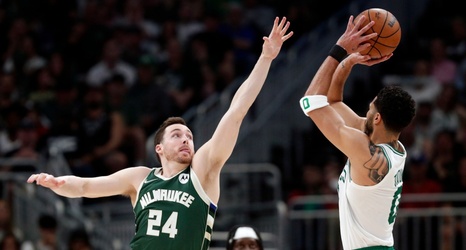 The Celtics entered Friday night’s Game 6 vs. the Bucks staring elimination in the face after one of a devastating playoff collapses in Game 5.

In order for Boston to stave off elimination and force a Sunday afternoon Game 7 back at TD Garden, it needed superstar wing Jayson Tatum to show up in the most pressure-packed game of the season so far.

Tatum has had more than his fair share of offensive struggles in this series against the Bucks. In the Celtics’ three losses, Tatum has shot a combined 33% from the field and 23% from three.