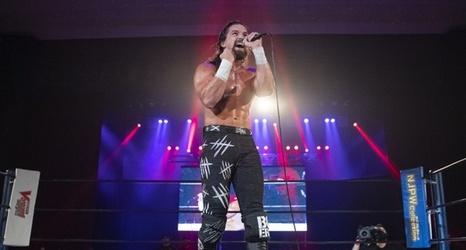 A year ago, “Switchblade” Jay White headlined Wrestle Kingdom 15. He wrestled Kota Ibushi for the IWGP heavyweight title in the event’s finale, main-eventing the Tokyo Dome in an absurdly captivating bout that saw Ibushi claim his long-waited spot atop New Japan Pro-Wrestling. A year later, White was not part of Wrestle Kingdom 16–but he will play a pivotal role at this Saturday’s New Beginning USA show.