Jason Pierre-paul, Ravens Agree to 1-Year Contract Reportedly Worth Up to $5.5M 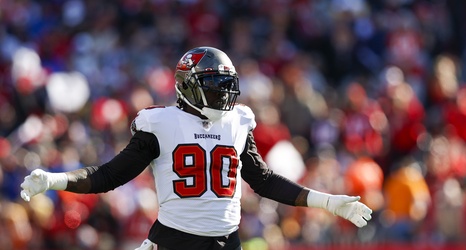 Rapaport added the contract is worth up to $5.5 million.

Pierre-Paul, 33, registered 31 tackles (three for loss), 2.5 sacks, five quarterback hits and a forced fumble in 12 games in the 2021 season. It was the first time since 2015 he posted fewer than seven sacks.

Injury issues played a part, as Pierre-Paul dealt with a torn rotator cuff throughout the year that clearly hampered him:

I'm barely getting any sleep with this shoulder injury.