Jarvis Landry to Make $6 Million with Saints, per Report 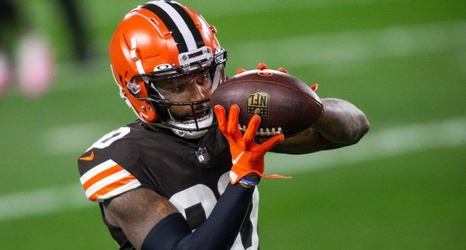 Jarvis Landry has announced that he will play for the Saints next season, but he plans on using the year to prove he still deserves a lucrative contract. NFL Network’s Tom Pelissero reports Landry will make $6 million on a one year contract for New Orleans.

According to Pelissero, Landry plans to hit the market again next offseason, when he hopes a strong season will lead to another multi-year contract. The wide receiver will be 30 next year, and he played through an MCL sprain, partial quad tear and a bone bruise throughout the 2021 season.