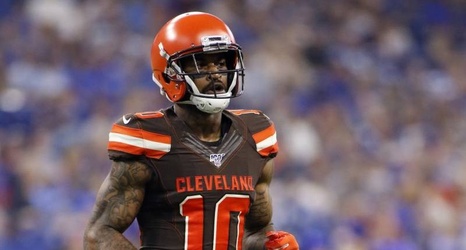 Former Cleveland Browns wide receiver Jaelen Strong criticized the team Tuesday for the way it handled his knee injury during this year's training camp before releasing him in August.

Strong made a series of Twitter posts about how playing in the NFL made him "more depressed than actually living my dream." He explained that his efforts to remain on the field for practices throughout camp led his knee, which required surgery after suffering a torn ACL in 2017, to swell up every day:

"And not once did I complain nor sit out after their docs knew how bad my knee swelled up day after day.