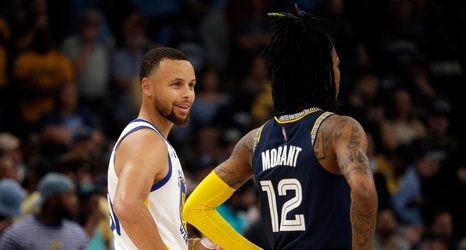 The Warriors defeated the Grizzlies, 110–96, in Game 6 of their series on Friday night to advance to the Western Conference Finals for the first time in three seasons.

In the fashion of the Warriors of old, it was the “Splash Brothers” of Klay Thompson and Steph Curry that propelled Golden State forward in the playoffs once again, one step closer to a return to the NBA finals.

Golden State was pushed early in the series by the upstart Grizzlies, who are clearly building a strong foundation behind star point guard Ja Morant.