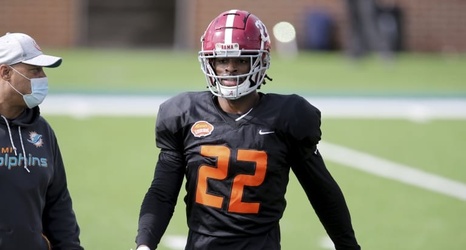 Despite a continued deemphasis on the importance of the position, at least one running back has been selected in the first round of every NFL draft since 2014. But at DraftKings, the over/under for the number of backs who will go off the board in Round 1 next week is 0.5.

That's not great news for Najee Harris or Travis Etienne, who are a combined 2.0 players.

Neither of the two highest-rated running backs in this year's class are expected to be selected high in Round 1, but both have made plenty of appearances in mock drafts throughout the pre-draft process.