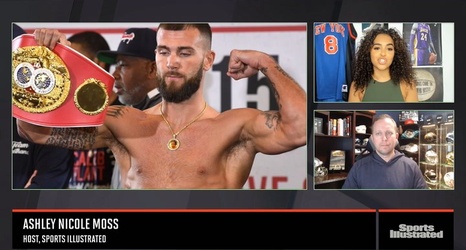 Caleb Plant put a finger to his ear and smirked.

His IBF super middleweight strapped to his shoulder, Plant waved at the 4,200 fans inside the MGM Grand Garden Arena to continue. For several minutes on Friday it wasn’t Plant vs. Canelo Álvarez, his opponent in Saturday’s 168-pound unification fight. It was Plant vs. the crowd.

Across the dais, Álvarez watched, smiling. This is familiar turf for Alvarez, the biggest star this side of the Atlantic, boxing’s pound-for-pound king. Since 2013, when a 23-year-old Álvarez dropped a decision to Floyd Mayweather, Álvarez has fought in these kind of atmospheres, in front of sold out crowds and packed weigh-ins, staring down undefeated opponents with scores of cameras rolling.