‘It Was That Close’: Joe Dumars Recalls the Pistons’ Near Trade for Kobe Bryant 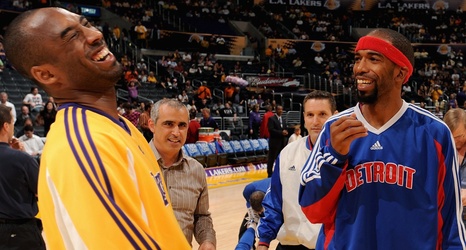 The Hall of Famer reflects on his tenure as Pistons GM—his proudest moments, biggest regret and the time he almost landed Kobe Bryant.

Howard Beck welcomes Hall of Famer Joe Dumars. The former Pistons Bad Boy is now the NBA’s discipline czar, part of his new role as executive vice president and head of basketball operations. Dumars discusses his approach to the job, then reflects at length on his tenure as Pistons GM.

The following transcript is an excerpt from The Crossover NBA podcast. Listen to the full episode on podcast players everywhere or on SI.