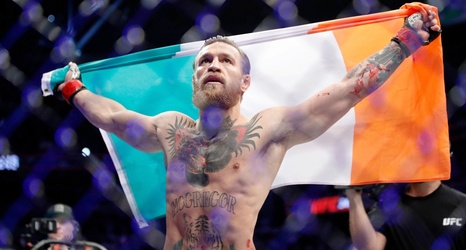 LAS VEGAS — A seven-foot unicorn, an Avenger, an Oscar winner and a Super Bowl champion were all in attendance to watch Conor McGregor fight for the first time in well over a year Saturday. Whether they got their money’s worth is actually somewhat up for debate, considering the duel they came to see lasted less than a minute. McGregor—who announced his retirement from MMA last March—quickly, easily, ruthlessly won his comeback fight against Donald “Cowboy” Cerrone via TKO only 40 seconds into the first round of their bout at UFC 246. McGregor, stepping into the octagon for the first time since his October 2018 loss to Khabib Nurmagomedov, looked every bit like the champion he was during the height of his powers, dispatching Cerrone and vowing to get back in the gym during his post-fight interview.