Is Kawhi Leonard’s Legacy Hurt After Game 7 Loss to Nuggets? 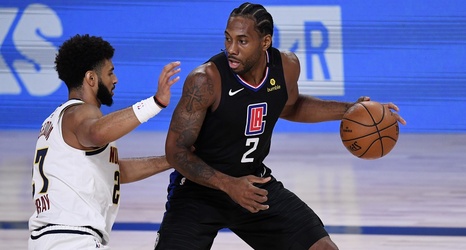 Kawhi Leonard and the Clippers are headed home after the Nuggets came back from being down 3–1 to advance to the Western Conference finals. While Leonard has won two NBA Finals MVPs—how badly will the loss to Denver impact his legacy going forward? The Crossover staff weighs in.

It’s a blemish, sure, but Kawhi is still a two-time Finals MVP, an NBA champion and one of the best playoff performers of this generation. Who this loss really stains is Paul George. If the series ended in Game 6—when George dropped 33 points while shooting above 40% from the floor and the three-point line—he would have been a hero.