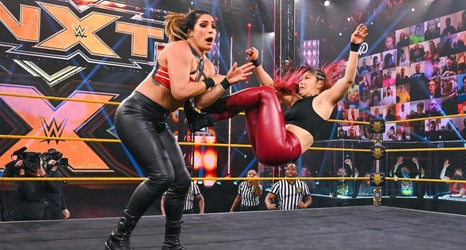 SI.com’s Week in Wrestling is published every week and provides beneath-the-surface coverage of the business of pro wrestling.

Io Shirai on a WrestleMania 37 match against Bayley: “I have not been told that yet—but never say never”

And if she wins, Shirai knows exactly what she wants next: a match at WrestleMania 37 against Bayley.

“I would love to compete against Bayley,” Shirai says through a translator.