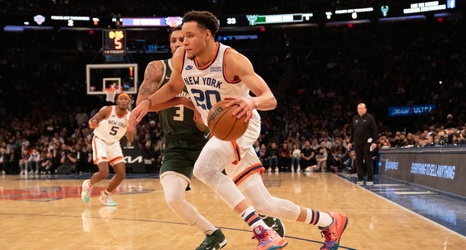 The Knicks traded for Hawks forward Cam Reddish on Thursday, a high-upside move that has gotten plenty of praise from the NBA world. Former first-round pick Kevin Knox was included in the deal, highlighting the incredible struggles that the team has had in developing and maintaining its first round picks.

The Knox move adds to the history of New York draftee flameouts. As shared by The Athletic's Fred Katz, the deal extends the team's streak of first-round picks that haven't landed a second contract with the team.

The last player to do so?