In Jae Crowder, the Suns Have an Enforcer With Some Flair 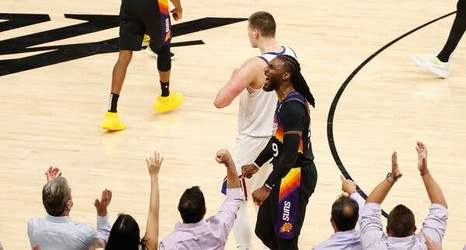 The Phoenix Suns had a growing lead on Wednesday night when Aaron Gordon of the Denver Nuggets tried to move toward the 3-point line on an offensive possession. He definitely tried. The problem was Jae Crowder had blocked Gordon’s path with his 6-foot-6, 235-pound frame. There was shoving and arguing, then a flurry of whistles and a mild tussle appeared in danger of turning into a full-blown fracas.

It was no surprise, of course, that Crowder, a forward who moonlights as the Suns’ resident enforcer, was in the middle of it. Crowder and Gordon were assessed technical fouls.