'I Never Had My Doubts': After Five Straight Losing Seasons as a Coach, Chip Kelly Is Back 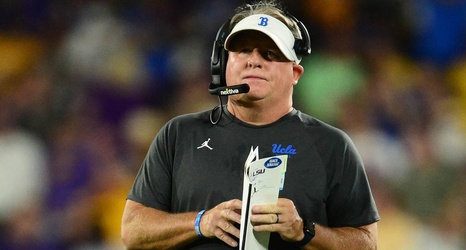 PASADENA, Calif. — Beneath that visor of his, Chip Kelly watched the team across the way carry out warmups.

LSU brought its five-star talent here to the Rose Bowl on Saturday evening. It brought its 20,000 fans. It brought its high-priced coaches, its national championship pedigree, its SEC might, its No. 16 ranking.

And then it left, run out of the stadium by the UCLA Bruins in a 38–27 drubbing that surely cranks up the heat on Ed Orgeron’s seat and thrusts Kelly’s club into the national spotlight.