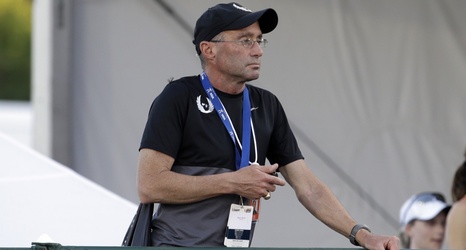 At least 400 Nike employees staged a protest of the company's treatment of women Monday morning, according to the Willamette Week, Portland's Alt-Weekly.

The walkout picket was reportedly "quiet and orderly," but it came as a response to the rededication of the Alberto Salazar Building, an office on Nike's Beaverton campus named after the Nike Oregon Project running coach.