How Osi Umenyiora Is Finding NFL Players in Africa 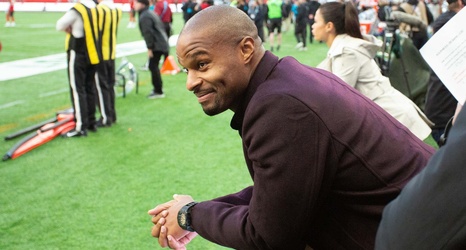 Osi Umenyiora first got to know Roger Goodell in 2008, as part of a small NFL envoy that embarked on a seven-day USO tour to military bases throughout Afghanistan and Iraq. “We became pretty good friends,” the retired Giants edge rusher says of the commissioner. “So when the idea came to my head, I just went straight to him with it and took my shot.”

The results of that ensuing conversation, which took place about a year ago, will be realized this week when the NFL kicks off its first official events in Africa, staging a prospect camp, a “fan zone” and a flag football clinic in Ghana’s capital, Accra.