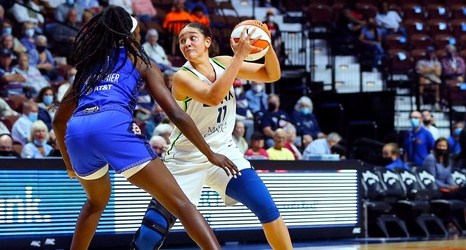 Each Thursday this season, Sports Illustrated’s Ben Pickman is diving deep into the WNBA story lines you need to know.

With just more than nine minutes to play in the second quarter of the Lynx’ June 12 game against the Sparks, Minnesota forward Natalie Achonwa fell into a state of shock. Achonwa, one of the team’s major free-agent acquisitions last offseason, was rolling to the basket after setting a screen for 2020 Rookie of the Year Crystal Dangerfield. As the seven-year WNBA veteran dived to the rim, she made contact with Los Angeles wing Nia Coffey and landed awkwardly.