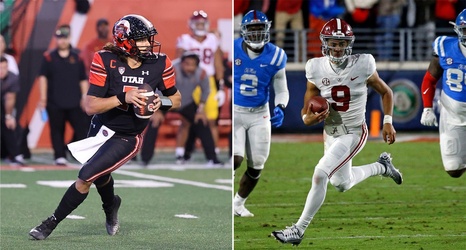 Remember in January 2009, when little Utah of the Mountain West beat big bad Alabama and Nick Saban in the Sugar Bowl? Well, the Utes are back!

In an expanded 12-team CFP, Utah, in the Pac-12 this time, and the Crimson Tide would meet again in a postseason game—this one on campus in Tuscaloosa with much more on the line. The No. 6-vs.-11 duel would be one of four intriguing first-round games in a 12-team format, including Clemson at Penn State, Kansas State at Tennessee and Tulane at Ohio State.

It sets up some scintillating potential quarterfinal matchups, too, such as Michigan-Tennessee in the Orange Bowl and Ohio State-USC in the Rose.