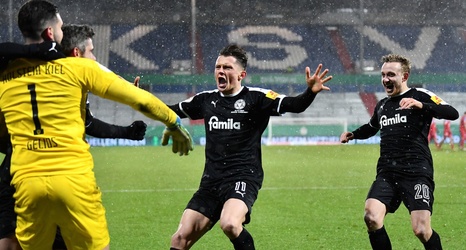 Fin Bartels struck the winning penalty to send the underdogs through after Bayern midfielder Marc Roca saw his spot kick saved by Kiel goalkeeper Ioannis Gelios. The Spanish midfielder was the only player to miss a penalty in the shootout.

The teams had been due to play in December but the game was put back to give Bayern more time to cope with its busy schedule.