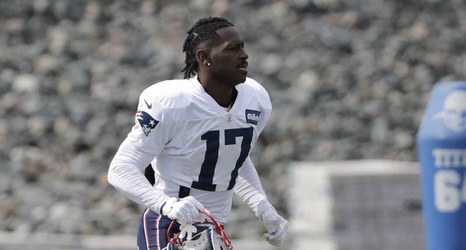 The Hollywood Police Department in Hollywood, Florida, announced Tuesday that it has severed all ties with free-agent wide receiver Antonio Brown after he was "very rude and disrespectful" to officers.

According to TMZ Sports, the Hollywood Police Department released the following statement regarding Brown:

"We made the decision to sever ties between Mr. Brown and the Hollywood Police Athletic League. We did not want our youth to be subject to this type of behavior nor emulate the actions of Mr. Brown. We will not take money from a donor that we cannot have our youth be proud of or represent our organization.