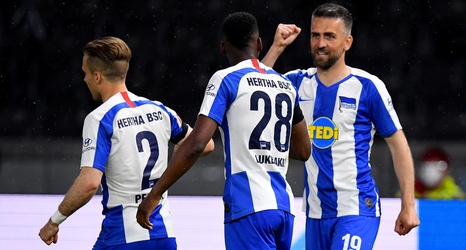 No fans were allowed into the game, the first in the German league’s second round of games since it resumed last weekend after a two-month break.

There were no unruly individuals present to break a minute’s silence held before the game for victims of the coronavirus pandemic.

Quick-fire goals from Vedad Ibisevic and Dodi Lukebakio early in the second half, followed by more from Matheus Cunha and Dedryck Boyata gave Hertha its second win in two games under new coach Bruno Labbadia and helped ease the pain of losing the first Bundesliga derby between the sides 1-0 in Union’s stadium in November.