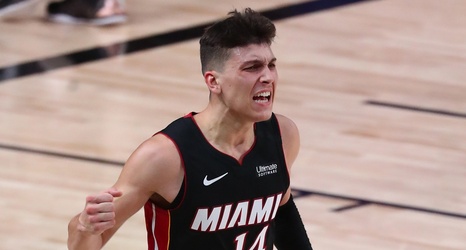 At 20, Herro is the youngest player in these conference finals. In Game 4, he was the best player on the floor.

After chipping in a postseason-high 22 points in Game 3, Herro exploded for 37 on Wednesday. He shredded Boston’s defense with five three-pointers. He pulled down six rebounds. He connected on 14 of his 21 shots overall. He became the fourth age-20 or younger player to score 30-plus points in playoff game, joining Magic Johnson, Derrick Rose and Brandon Jennings on that list.