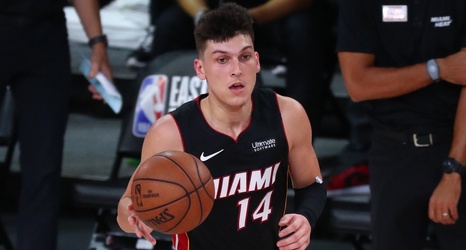 LAKE BUENA VISTA, Fla. – Marcus Smart stood, hands on hips, looking off to his left at the big screen in The Arena. A man gets one angry rant per series, perhaps per postseason, and Smart had used his after Game 2. There was nothing he could do now, no way to save his team from Tyler Herro.

Twenty years old, thirty-seven points. What Herro did to Boston here Wednesday, to give the Miami Heat a 3-1 Eastern Conference Finals lead, left people searching for comparisons: Who had shot so well, so young, in such a big game?