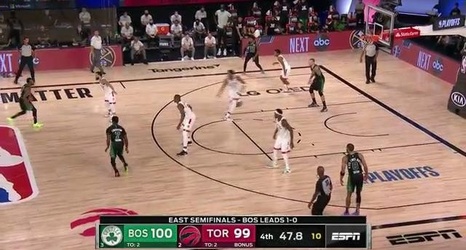 Tuesday's episode of HBO's Hard Knocks: Los Angeles, which was the fourth of the season highlighting the Chargers and Rams, was about more than just football.

Which was fitting for a year in which sports have taken a backseat to far more important issues.

A somber tone was struck right from the beginning, as the episode started with Rams head coach Sean McVay watching video of police shooting Jacob Blake in the back multiple times in Kenosha, Wisconsin.

McVay, who was rightfully stunned, said "What the f--k is wrong with people? ... It makes me sick.