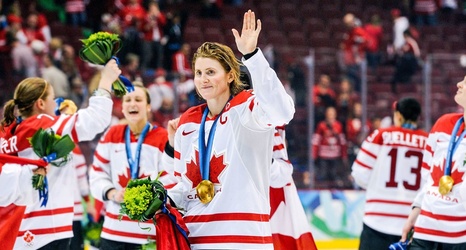 Wickenheiser is a member of the IOC Athletes’ Commission, a peer-elected board that advises the Olympics’ governing body. She had grown frustrated with IOC president Thomas Bach’s steadfast stance that Tokyo 2020 would continue as planned this summer, even as the coronavirus pandemic shut down nation after nation.