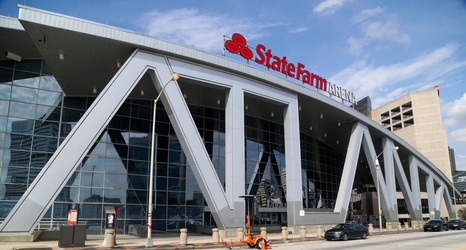 The Hawks will use State Farm Arena as a polling station for Georgia's primary runoff election on Aug. 11, according to ESPN's Kevin Arnovitz.

State Farm Arena will also serve as a polling station for early voting before the general election in 2020.

"We were casually brainstorming since our whole world turned about what we can do internally as an organization," Hawks head coach Lloyd Pierce told Aronvitz. "We were trying to figure out how we can take care of home first, and [Atlanta CEO Steve Koonin] pitched the idea."

Pierce plans to "encourage" coaches and organizations across the NBA to consider using their arenas as polling stations ahead of the 2020 election.