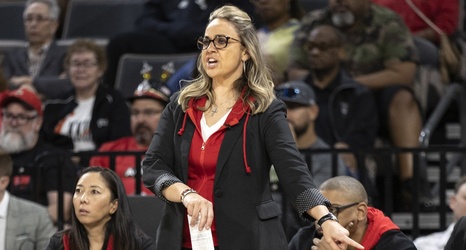 Hammon implored Putin to “do the right thing” after Griner was arrested in February and charged this past week with smuggling drugs with criminal intent. Hammon was initially arrested at Moscow’s airport when officials said they found hashish oil in her luggage.

Griner was sentenced to nine years in a Russian penal colony and fined 1 million rubles, which amounts to $16,500.

“It’s something that obviously hits super close to home for me and so I just ask the Russian government to do the right thing,” Hammon told Reuters on Tuesday.