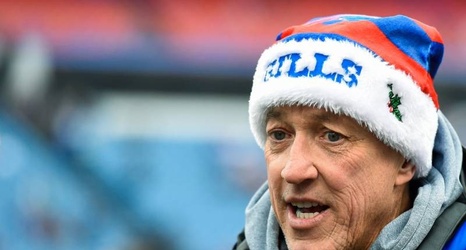 Former Buffalo Bills quarterback Jim Kelly, who has been diagnosed with squamous cell carcinoma in his upper jaw three times in five years, was deemed cancer-free after an MRI on Friday, per Jack Baer of Yahoo Sports.

Kelly's cancer was initially diagnosed in 2013, but it returned in 2014 and 2018. According to Henry L. Davis of the Buffalo News, "doctors at Erie County Medical Center removed part of the upper jaw, part of the roof of his mouth and numerous teeth" in 2013.