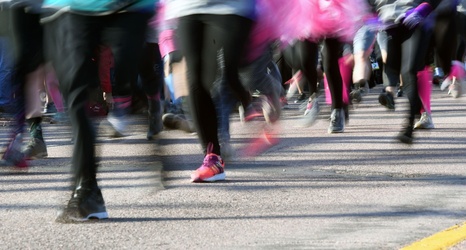 It's not often that a casual half marathon makes headlines, but it's even more rare when a runner starts one race only to finish another.

Omar Ahmed, a native of Birmingham, England, signed up to run the 10k race in Sunday's Great Bristol Run, but inadvertently took a wrong turn when the routes for the 10k and half marathon, which took place simultaneously, diverged.

Ahmed ended up taking the half marathon route and remarkably finished first, four minutes ahead of the next competitor with a personal-best time of 63 minutes. In fact, Ahmed said he thought he was running the 10k until the halfway mark of the 22-kilometer (13.