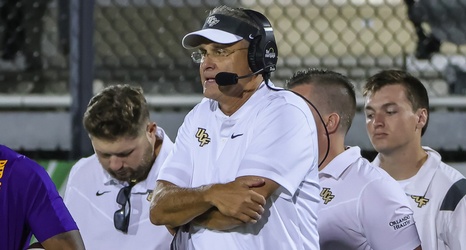 After a college football whirlwind Thursday that included public feud between two of the SEC's most respected football coaches—Alabama’s Nick Saban and Texas A&M’s Jimbo Fisher— a former SEC coach decided to join the conversation.

Gus Malzahn, who previously served as Auburn’s coach from 2013 to ‘20, is currently headed into his second season at the helm of UCF.

However, before Malzahn took his coaching talents to Orlando, he had his fair share of SEC West battles with the Crimson Tide and the Aggies. Following Thursday’s drama in which Fisher called Saban’s comments about the Aggies’ program “despicable” and “disgusting”, Malzahn tweeted the perfect response about the latest debacle that was at the center of college football.