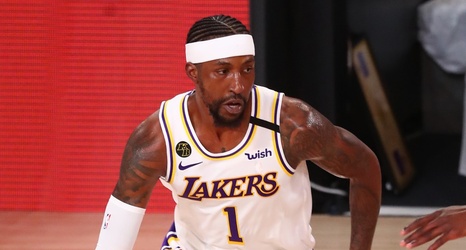 The Lakers moved to retain unlikely playoff hero Kentavious Caldwell-Pope on Saturday, with the two sides agreeing to a three-year, $40 million contract. Caldwell-Pope, 27, reportedly had interest from the Knicks as well, but opted to remain in Los Angeles with a significant raise. The deal is reportedly only partially guaranteed in its final season. Let’s grade the deal.

There were times in the bubble playoffs where Caldwell-Pope clearly looked like the Lakers’ third-best player, and while he’s been an inconsistent performer over the course of his career, it seemed inevitable he would be rewarded.