Gleyber Torres Has Been the Rock as the Yankees Have Rolled 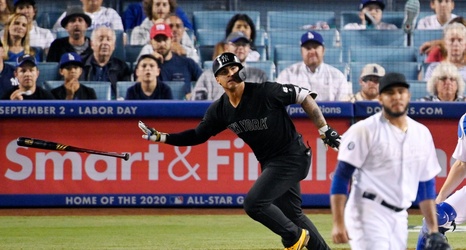 LOS ANGELES — To understand how much of an anchor Gleyber Torres has been for the Yankees this season, look at the team’s opening day lineup on March 28.

Eight of their nine hitters in that lineup have spent time on the injured list this season, some — like outfielder Giancarlo Stanton and first baseman Luke Voit — more than once. Miguel Andujar, a promising young third baseman, had season-ending surgery in May. Troy Tulowitzki, the starting shortstop that day, retired in July.

The only one of those nine hitters who has avoided the I.