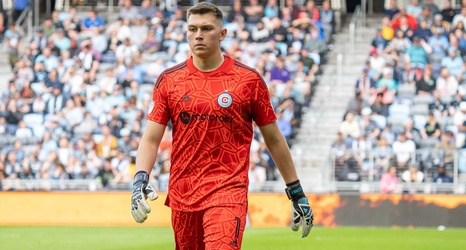 There was some concern among the U.S. soccer fanbase this week when Poland included Chicago Fire goalkeeper Gabriel Slonina on a list of national team call-ups for next month’s four UEFA Nations League games.

Slonina, known as ‘Gaga’ to fans, friends and family, isn’t ready for the rigors of a World Cup. He just turned 18 last Sunday. But he is the best American goalkeeping prospect in a generation, at least, and as the son of Polish immigrants to Chicago, he had a heavily-scrutinized international decision to make.

On Friday, he made it. Although he’s “proud of my roots and heritage,” Slonina wrote in a post on Twitter, his “heart is American.