Giants' Sterling Shepard Ruled out vs. Bills with Concussion 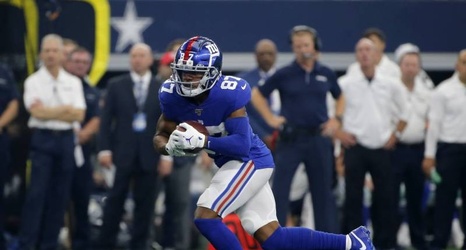 The team announced Friday that Shepard would be unable to suit up in Week 2.

Shepard suffered the concussion in New York's Week 1 loss to the Dallas Cowboys, which further limited a wide receiver corps that is without Golden Tate until Week 5 due to a performance-enhancing drugs suspension and Corey Coleman for the year because of a torn ACL.

The Oklahoma product also suffered a broken thumb during the offseason and missed time in training camp and the preseason.